English title: Honey
It's a film that deserves multiple viewings but I'd just like to react to my first viewing. Warning: This post has SPOILERS! 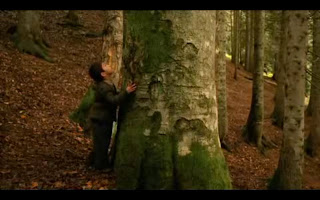 Who would have guessed that the trilogy would end anti-climactically, down-beat, dissolving into life itself, with the sound of breathing...

As Cihan said beautifully after the film, you fall down into the film after a while, and there is no turning back.
Primitive, expressive, conscious, depressing and joyful, Kaplanoğlu's last film is not about anything. It is off life itself.
Primitive it is, somehow reminding us our primal reactions to nature, to parents, to language, to poetry. Before consciousness.
A film OFF life, its depressive nature also offers joys, some urgency, and a blatantly sensual beauty grasping the eyes first, then the mind, and later my philosophy of life.
In a Semih Kaplanoğlu film, expect to learn to be patient... And find out for yourself how that minute attention later spills over to the rest of things in your life.
Labels: Semih Kaplanoğlu