I saw Apichatpong's huge masterpiece Uncle Boonmee Who Can Recall His Past Lives a few days ago and can't get it out of my head. I think there's nothing like it in the history of cinema, or in Apichatpong's own filmography. 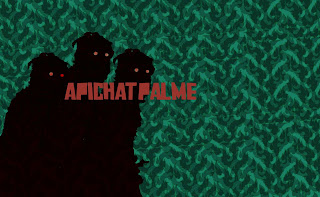 I hope I'll write a lot about the film in this blog, but for that I'll need to see it a couple more times. The first experience was too visceral, too sensuous, too overwhelming for me to actually start writing about it. Luckily, it will play in Istanbul at the Film Ekimi festival on October. Soon, that is! Can't wait!

Meanwhile, here's something we can begin with to start analyzing this irreplaceable masterpiece. Apichatpong's Director's Statement, from the Press Kit:


"Uncle Boonmee Who Can Recall His Past Lives is an homage to my home, and to a certain kind of cinema I grew up with.

I believe in the transmigration of souls between humans, plants, animals, and ghosts. Uncle Boonmeeʼs story shows the relationship between man and animal and at the same time destroys the line dividing them. When the events are represented through cinema, they become shared memories of the crew, the cast, and the public. A new layer of (simulated) memory is augmented in the audienceʼs experience. In this regard, filmmaking is not unlike creating synthetic past lives.

I am interested in exploring the innards of this time machine. There might be some mysterious forces waiting to be revealed just as certain things that used to be called black magic have been shown to be scientific facts.
For me, filmmaking remains a source all of whose energy we havenʼt properly utilized. In the same way that we have not thoroughly explained the inner workings of the mind. Additionally, I have become interested in the destruction and extinction processes of cultures and of species.

For the past few years in Thailand, nationalism, fueled by the military coups, brought about a confrontation of ideologies. There is now a state agency that acts as a moral policeman to ban ʻinappropriateʼ activities and to destroy their contents. It is impossible not to relate the story of Uncle Boonmee and his belief to this.

He is an emblem of something that is about to disappear, something that erodes like the old kind of cinemas, theatres, the old acting styles that have no place in our contemporary landscape."
Labels: Apichatpong Weerasethakul